Golden Triangle tour is among the most selling tour package in India. Since it covers almost every major attraction of Northern India. It unfolds and showcases the magnificent history of India, through the splendid architecture, delicious cuisines, and friendly people. However, the main reason that makes this tour most amusing is that it includes the tour of the wonderful Taj Mahal.

Golden Triangle usually covers three cities – Jaipur, Delhi, and Agra. Each one of these city has a very significant influence on the Indian culture and tradition. There are numerous amazing destinations where you will find the tradition of India unfolding in the most aesthetic way.

Things become even more amusing when the package comes with the majestic Kashmir. Kashmir is heaven on earth: the valley where river curves in the most scenic way and picturesque the paradise that remains in the memory of tourist.

Let’s take a look at the major attractions that tourist visit during the trip of the Golden Triangle:

Taj Mahal is the impressive mausoleum, that was built by the Mughal Emperor Shah Jahan for his beloved wife. It was 1632 when Shah Jahan wrote the history of building the extraordinary architecture. Being the UNESCO world heritage site, Taj Mahal welcomes thousands of tourists every year.

Another stupendous UNESCO world heritage site, Qutub Minar is 72.5 m high which makes it tallest brick minaret. It was built around 1192 by the first ruler of Delhi Sultanate Qutab-ud-din Aibak.

It is war memorial to 82000 soldiers died in First World War. Formerly, it was known as Kingsway. Beside this, there is modern art gallery a few steps away which showcase the Modern art of Indian artists.

The temple demonstrates the culture, history, and rituals of Indian society. While you visit there, make sure to watch the Neelkanth Darshan on a giant screen.

This massive palace is situated at the heart of the city. The place is divided into further structures, of which Mubarak Mahal, Chandra Mahal, Pritam Niwas Chowk, Diwan-i-am, Diwan-i-khas and Maharani Palace have worth your visit.

Few miles away from the City Palace, Hawa Mahal (Palace of the winds) is a renowned heritage site. Maharaja Sawai Pratap Singh built this structure around 1799. Since then it has become the infamous attraction of Rajasthan.

It used to be the prime residence of Mughal Dynasty till 1638 when they moved to Delhi. The place unfolds the lifestyle of Mughals. It is also a UNESCO heritage site.

Besides these, there are numerous other attractions that will give you exhilarating amusements. Moreover, there are notable changes in culture, food, and lifestyles among these places, you will love them. Golden triangle tour has everything that you need to know about northern India.

On the other hand, Kashmir is the most beautiful destination that you will ever visit. The tulip garden, the lakes, mountains, valleys and numerous other breathtaking places are there to welcome you. 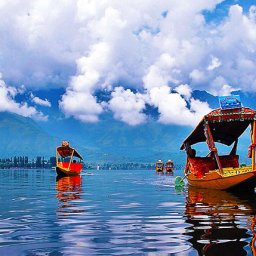 Leh Ladakh is one of the most fascinating destinations for tourer of India with regards to journey and pure beauty…. 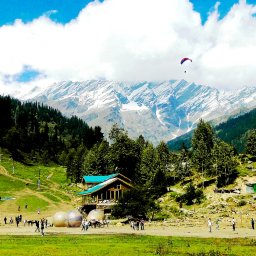 An Essential Travel Guide to Manali

Manali is the quintessential hill station. It is the most preferred spot for vacation for the people around the globe and…

Read this before your visit Kashmir and Manali

What is common in Manali and Kashmir? We both have heard enough about their stunning landscape and amazing tourist activities….